Hugh Jackman has announced a live tour that will see him perform songs from hit musicals in arenas across the world.

The tour, titled The Man. The Music. The Show., will see Jackman perform four dates in the UK in spring 2019, as well as eight further dates across Europe and 22 in North America, closing with two concerts at the Hollywood Bowl.

As well as his action hero roles, including Wolverine in the X-Men franchise, the Hollywood star has appeared in numerous musicals on stage and screen. His early career featured a role as Gaston in a stage version of Beauty and the Beast in his native Australia, and a major breakthrough came in 1998 with his Olivier-nominated performance in Oklahoma! at London’s National Theatre.

He won a Tony award in 2004 for his performance in the musical The Boy From Oz and starred in Baz Luhrmann’s film epic Australia alongside Nicole Kidman. His performance as Jean Valjean in the film of Les Misérables won him a Golden Globe and Academy Award and Bafta nominations.

Most recently he has had staggering success playing circus impresario PT Barnum in The Greatest Showman. The musical film grossed £340m ($435m) worldwide, and its soundtrack has spent almost a year in the Top 5 of the UK album chart, with 21 of those weeks at No 1. 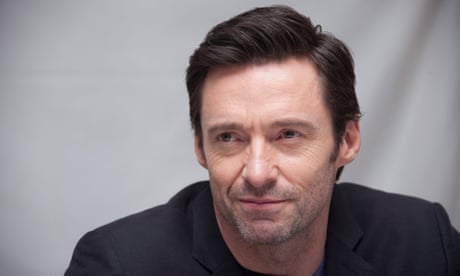 Jackman will perform songs from these musicals on the tour, which will visit Manchester on 24 May, Birmingham on 27 May and London on 2 and 3 June. Tickets go on sale at 9am on 7 December.

On screen, he will next be seen in the comedy drama Bad Education alongside Allison Janney, and voicing an explorer in the animated film Missing Link.